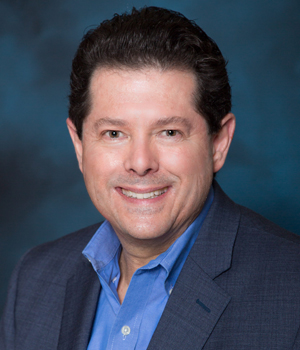 Michael Linden is a licensed Psychologist and a Nationally Certified Senior Fellow in Biofeedback and Neurofeedback Therapist. Dr. Linden has been the director of Attention Learning Centers (ALC) and specialized in assessment/treatment of ADD/ADHD, Aspergers/Autism, Anxiety & Concussions since 1982.

Dr. Linden participated in the initial research studies of the EEG Theta/Beta ratio with ADHD which was published in 1999 (later FDA approved) and published the first controlled study of Neurofeedback with ADHD in more than 25 years ago. Dr. Linden discovered 6 subtypes of Autism & 2 types of Aspergers biomarkers based on QEEG research, (Journal of AAPB, 2010; “QEEG Guided Neurofeedback for Autism” in the book Images in Autism, 2013). He participated in a multi-site study together with UCSD of the effects of Neurofeedback on connectivity measures and DTI with ASD students. His programs of Biofeedback and QEEG Guided Neurofeedback have resulted in improvements for children, adolescents and adults in attention, hyperactivity, communication, socialization, behavior and even seizure disorders. Dr. Linden published (Biofeedback Magazine, 2015) an article where he was able to assess two concussions in a soccer player and successfully treat the symptoms of both, allowing the student to reduce and eliminate her post-concussion symptoms.

Dr. Linden has presented his research and clinical experience with QEEG and Neurofeedback with athletes with ADHD, Aspergers and concussions/TBI at: 2012 London Summer Olympics, 2013 Sport Neuropsychology Society meeting in Minnesota and 2018 Sport Concussion Summit at UCLA. He is an editor and author of the book: Applications of Biofeedback and Neurofeedback in Sport Psychology. More recently, ALC has been one of the research sites for QEEG evaluation and clinical studies of Direct Neurofeedback (Ultra Low Pulse Electric Current EEG Biofeedback) with retired NFL players with Dementia, which have had promising results in both cognitive and physical symptoms.

His studies using QEEG and Neurofeedback have been featured in the LA times, NBC Dateline, ABC News, PBS, NBC “Autism: The Hidden Epidemic”, and CBS “The Doctors”. Dr. Linden has presented about brain functioning and treatments for ADHD/ASD nationally at the National Autism Association & Autism One, CHADD, and internationally at Peking University, University of Madrid & the Australia Neuroscience Society. He volunteers his time running supports for adults and parents for ADD & Aspergers at Saddleback & Mariners Church. Dr. Linden is a frequent speaker locally & remains passionate about this field!

Schedule a free phone consultation or schedule an initial session with a provider.